It’s hot – and especially so in cities like Nashville due to the urban heat island effect. Learn more about why this effect occurs from urban heat experts Dr. Hass and Dr. Monteblanco with Middle Tennessee State University.

Dr. Hass has a background in paleoclimatology and science outreach with youth. She specializes in urban heat and meteorological hazards from the perspective of a physical geographer, but much of her work overlaps with the social sciences as well. Dr. Monteblanco is an environmental sociologist whose work reveals the connectedness of human health and our natural environment. Her past research has focused on low-income communities and pregnant people.

This interview was conducted by Cumberland River Compact AmeriCorps service member Morgan Florsheim via Instagram live, and has been edited for clarity.

Q: What is the urban heat island effect, and what it might mean for Nashville?

Dr. Alisa Hass: The urban heat island effect is basically telling us that urban areas are warmer than the surrounding areas. This happens for a number of reasons. The big one is we have a lot of impervious surfaces — meaning concrete. So for all the rain that falls down, instead of actually incorporating into the ground and going into groundwater, it just washes off. And what rain really helps us with is cooling because any time we have evaporation, we have cooling. If we don’t have that water on the surface, we’re not going to have as much cooling.

But cities also have less vegetation which does the same kind of thing; vegetation cools with this evaporation (it’s called “evapotranspiration”) and by providing shade — as we know, it’s really nice to sit under a tree during a really hot day! And urban heat island just really traps. It’s trapping in all of this heat and pollution.

To top it off, we’re producing heat and so all of our air conditioners that we’re running, all the cars that we’re driving, all these things are producing more heat. It’s not just the heat coming from the sun, it’s the stuff that we’re producing. You can imagine when it gets really warm, we turn our air conditioners down and then we’re actually producing more heat. That exacerbates the problem. So urban areas can be a number of degrees warmer than rural areas (this is the “island”), which can make a big difference when you’re talking about heat waves. This means that Nashville is warmer than areas outside of the city. You can feel the difference even in travelling from Nashville to Murfreesboro.

Q: Why and how is the urban heat island effect connected to climate change?

Dr. Alisa Hass: Urban areas produce a lot of greenhouse gas. So all the air conditioning, all the cars — all of these things are producing greenhouse gases which contribute to warming. But the urban heat island is going to become more dangerous as the climate continues to change. It happens because if we get a heat wave, that’s already going to be really hot and potentially dangerous for our health. But then we’re in an urban area where it’s even going to be warmer and even more dangerous.

There’s other things going on as well as heat waves are becoming more frequent. They’re becoming more intense and hot. So that just, again, exasperates the problem. Also, nighttime temperatures are not cooling off as much as they used to. This becomes a big issue with health. If our bodies don’t have a chance at night to cool off and basically reset and we just have day after day after day of just hot weather, hot exposure, it can become a big problem. 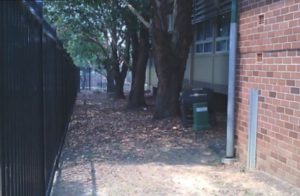 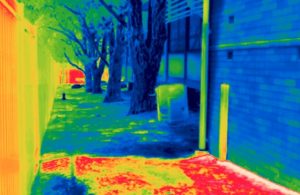 Q: How does urban heat island intersect with other health public health issues and social justice?

Dr. Alisa Hass: It absolutely intersects. Those who live in the very highly packed areas tend to be minorities and low-income folks. There is a lot of research coming out that areas that have been part of redlining tend to be the most exposed in an urban area. (Interjection from Root Nashville: Click here to listen to the “Throwing Shade” podcast episode of the Cumberland River Compact’s River Talks.) We’re finding all these social justice issues, but it also comes down to who’s living where and what resources they have access to.

Dr. Adelle Monteblanco: I couldn’t agree more, these issues intersect and often exacerbate one another. My research focuses on the intersection of our climate crisis and a commitment to reproductive justice. One important pillar of reproductive justice is the right to a healthy pregnancy in a safe and sustainable community. But climate change is disrupting this right because it is contributing to hotter summers and that means pregnant people, throughout the world, are encountering more exposure to extreme heat with increased risk for poor outcomes. 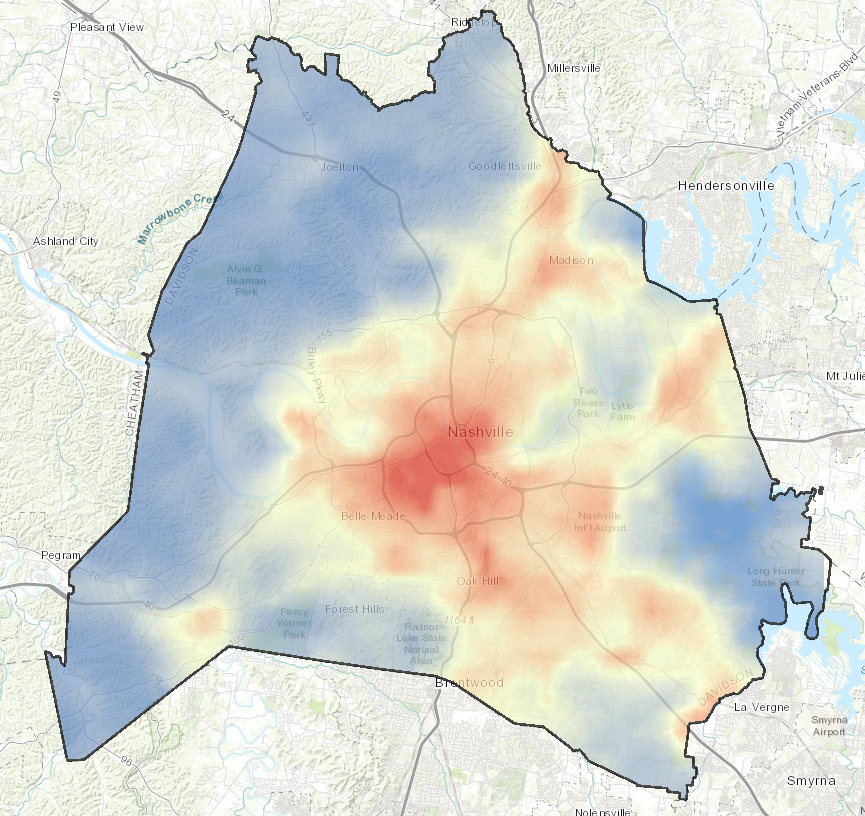 Q: What can we do on individual and collective levels to help mitigate urban heat island?

Dr. Adelle Monteblanco: We put a lot of responsibility on individuals to protect themselves. So of course, everyone that can, we hope that they don’t run their errands during the hottest part of the day, that they drink water, eat food that helps them hydrate. And check in on your neighbors. I want residents to do all these things, but it’s also really important to think about policies and structures – things like promoting green canopy, and using cool and reflective pavement. These things will strengthen the resilience of the city so much more beyond an individual in one household.

From the Root Nashville campaign: One individual action that you can take is bringing trees to your community! Trees make a big difference in keeping neighborhoods cool. We are currently seeking more Neighborhood Planting Captains for the next planting season. Click here to learn more.

Dr. Alisa Hass: Climate resilience is about how easily we bounce back after these major climate events and how we can mitigate future changes. So we want to reduce our greenhouse gas emissions; that is the main cause of climate change right now. But to be able to bounce back, we really need policies. To be honest, it can’t just come from us and what we can do as individuals. If we don’t have policies in our cities to address this, to react to it, to prepare ahead of time, we’re just making it harder for ourselves.

Dr. Adelle Monteblanco: Heat kills people, and so much of what happens is preventable. Building our cities in a way that that takes into account the science that says we’re going to experience hotter days, more frequent and more severe, is critical. We have to be ready and we have to look out for the residents with the most vulnerability. We can create cities that way, and we can be innovative and test out new ideas because there’s just so much creativity and excitement, especially from the younger generation.

Q: What would you hope for people to take away from this conversation?

Dr. Adelle Monteblanco: I want to keep going back to the health equity issues. Some groups are more vulnerable, either based on exposure or their added struggle to regulate their body temperature. And something everyone wants is a healthy community. And so when I think about ways to talk about environmental concerns, whether it’s tied to climate or not, if we can bring it back to a health conversation it’s easier to get everyone on board.

In my research, I work with pregnant people, and when I start talking about this, even without mentioning climate change, it can be such a game changer in my conversation to shape behavior. So no matter where you are in working on your justice issue of interest, there are ties to climate change, especially public health.

Be the first to find out about events and volunteer opportunities!